The focus of the course is three-fold: 1.  Establish and refine your GREAT IDEA. 2.  Learn the MECHANICS & FORMAT of screenwriting. 3.  Find and develop your UNIQUE VOICE.

Homework: sample readings and writing 3-5 pages of your proposed masterpiece

Time off to participate in guided tours and weekend trips to sample local wines, cheeses, and authentic Tuscan cuisine.

Starting his career in f 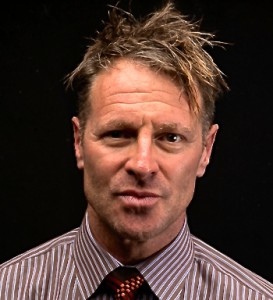 inance, Paul was recruited as an international officer of the Hong Kong Shanghai Bank serving in Borneo, London & Singapore, before gaining a postgraduate scholarship in screenwriting and producing with the Australian Film School.

Moving to the U.S. in 2000, he was appointed Senior Vice President of Sales & Co Productions for the BBC, as well as sales agent for 20th Century Fox, Orion Films, and the Anime Network, selling over 200 features to HBO, Starz, ABC Family Channel, Showtime and DirecTV.

As a screenwriter/producer his first project sold to Paramount Pictures, his second to Fox Searchlight, and his third “London”, was produced at Sony starring Jessica Biel, Chris Evans, and Jason Statham.

He was placed 12th out of 7500 in the Academy’s Nicholl Fellowship, and has been represented by CAA, Gersh, & ICM.

“Paul Davis-Miller is an incredibly talented, visual writer. The worlds and concepts he imagines are emotional and entertaining and I’m excited to be working with him.” — Robert Ogden Barnum – producer MARGIN CALL, ALL IS LOST, BLACK & WHITE, MILES AHEAD, LAWLESS

“Paul Davis-Miller has the rare distinction of climbing to the top of the ladder as producer, executive and screenwriter. His stories are truly original, his dialog is electrifying across a multitude of genres, and having done business with him for over a decade at Showtime, it is a pleasure to be producing his screenplay ROTHSCHILD.”  — Lawrence Greenberg – Senior Vice President Acquisitions E1

Is the Co-Executive Director of the Dramatist Guild of America – the national organization of playwrights, lyricists and composers headed by our nation’s most honored dramatists. Prior to his work at the Guild, Garrison filled the posts of Artistic Director, Producer and full‑time faculty member in the Goldberg Department of Dramatic Writing at NYU’s Tisch School of the Arts, where he produced over forty-five different festivals of new work.  His recent work as guest artist or master teacher of playwriting involve such institutions as The Kennedy Center for the Performing Arts, The Inkwell and Source Theatre in D.C., New Hampshire Playwrights Festival, and The Southeast Theatre Conference.   He is the author of the critically acclaimed, The Playwright’s Survival Guide: Keeping the Drama in Your Work and Out of Your Life, Perfect Ten: Writing and Producing the Ten‑Minute Play, A More Perfect Ten and two volumes of Monologues for Men by Men. He is on the Tony Administration Committee for the Tony Awards and the program director for the Summer Playwriting Intensive for the Kennedy Center.